Anyone who wishes to keep an animal which is classified as a 'dangerous wild animal' must apply for the relevant licence. To see which animals this applies to, check the Dangerous Wild Animal Schedule. 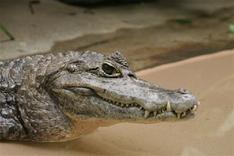 Anyone wishing to apply must first complete a

Dangerous Wild Animal Application Form [222.5KB] and return it with the

appropriate fee [93.08KB] to the address given in the contact box.

A separate invoice will be issued to cover the vets cost's once the inspection has taken place.  On receipt of this being paid and the licence conditions being met your new licence will be sent out.

Applicants will not be granted a licence if they have been convicted of an offence under the Dangerous Wild Animals Act 1976 or under:

There are currently no individuals/ organisations with Dangerous Wild Animal Licences issued by West Lothian Council.

Environmental Health Contact Details
Officers are currently based in a number of locations. Face to face meetings are possible by arrangement in advance.