Youth Music Initiative (YMI) is an initiative funded by Creative Scotland and managed by West Lothian Council. It aims to assist in Scottish Governments commitment that every school pupil should be offered a year of free music tuition by the time they leave primary school.

YMI has been delivered by the council's Community Arts team for over 17 years and includes various projects across West Lothian.  The music projects are diverse and cater for a range of abilities and ages from nursery to young people below the age of 25.

Previous projects include: Go for Bronze for primary school students with the National Youth Choir of Scotland, Wee Stories Big Sound for nursery and early years with David Trouton, Band After School for young people with Gordon Balfour, Roc-arina with Judith England and Voice Rocks choir with Jennifer Craig among many others.  Projects have included working with instruments such as the ukulele and the hapi drum, as well as singing and DJing skills development and also created a first Djembe drumming ensemble by primary school pupils for the Guinness world record in 2016. 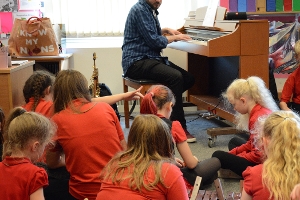 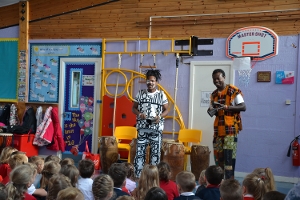