Read about successful companies who have chosen West Lothian as a great place to do business. 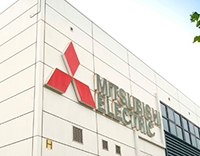 The recent relocation to Livingston of the UK Branch of the Mitsubishi Electric Research & Development (R&D) Centre Europe (MERCE) is part of the company's longer term plan for the creation of a centre of design excellence outside Japan. With its R&D team, design and manufacturing teams operating together at the same location, the Livingston site is uniquely placed to respond to the demands of the European market. The company is committed to investing £20 million in its Scottish base to continue its expansion and development of new products.

Plexus are specialists in electronic product design and software development, operating worldwide in high value sectors including networking & communications, industrial, healthcare & life sciences, and defence & aerospace. Plexus chose West Lothian for their expanded European headquarters - a new £9m centre for design and electronic manufacturing, officially opened in June 2013. The specialist facility provides a 47,000 sq. ft. manufacturing site and a 15,500 sq. ft. design centre, and will support the company's engineering and product realisation expertise. The firm has created 130 new jobs in West Lothian, has since won additional new business through the efficiencies offered by a one-stop facility for design, prototyping and manufacturing.

Plexus has operated in the local area for a number of years and has a strong history in developing a skilled and dedicated workforce. This is a significant investment which will help grow the economy and deliver highly skilled employment opportunities in West Lothian. 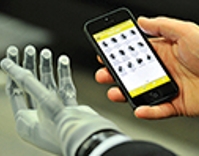 Touch Bionics was formed in 2003 after being spun out of research conducted as part of the NHS, Touch Bionics is responsible for launching the world's first powered prosthetic hand. The i-limb has five articulating fingers that bend at the natural joints and the first powered partial hand prosthesis, i-limb digits.

Last year the Livingston-based company saw revenues rise to £13.6 million, up 10% on the previous year. The group said growth had driven by the continued success of its revolutionary i-limb, particularly in its biggest market the US. The company has recently introduced a prosthetic flexible wrist for the i-limb, together with new versions of the biosim and my i-limb mobile apps. These products, along with Touch Bionics' new direct sales strategy in certain key markets in Europe, are expected to make an important contribution to the company's continued growth in 2015. 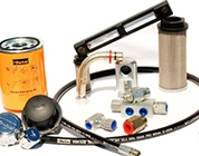 Robbie Fluid Engineering manufacture, supply and install creative, innovative fluid engineering solutions. This service covers hose assemblies, pressure testing, hydraulics testing, oil quality analysis. The company also provides preventative maintenance and repairs across a wide range of machinery in sectors such as plant, haulage, marine, agricultural, medical and process engineering. Founded in 2006, the company has seen year on year growth, building up their specialist fluid engineering business and have now moved to new premises at Inchwood Industrial Park in Bathgate. RFE is also now acting as an advisory and redesign service and is working with large clients on innovative projects.

The company was awarded a grant of £30,000 from the West Lothian Economic Growth Plan (WLEGP) to support the company to fulfil its growth plans and employ a further six permanent full time members of staff. Robbie Fluid Engineering is also committed to offering training opportunities and modern apprenticeships to young people within West Lothian.

Sarco Stopper has produced under pressure stopper bags for the water, oil and gas industries for over 40 years, including the only B.S.I. Kitemark quality award on gas bags within the world, to suit Ferrous and PE pipes. Sarco has also introduced and pioneered Hydro stopper bags, which are deployed by the companies award winning Aquastop and Hydrant Wizard isolation systems for water mains.

The business is highly innovative and is developing a test facility and product development facility onsite - this will be the first of its kind in the UK. This, along with the renovation of the unit in order to house more staff amounted to a project cost £140,000. Grant funding of £60,000 was awarded in order to support the expansion and renovation of the unit. This will allow a further 10 full time jobs to be created within the business. Demand for Sarco products continues to grow with a £1.6m turnover forecast in 2015, which is up from £1.2 million turnover achieved in 2014. 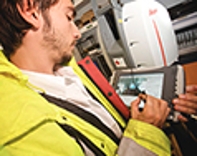 UTEC Starnet started up at Oakbank Park in Livingston in 2000 with only one member of staff. The business has grown year-on-year and now has over 50 staff. The business provides high-value 3D surveying, inspection and design services to the telecoms, renewables, oil/gas and nuclear industries within a global market. The rapid growth of these sectors has outstripped their asset management systems which has resulted in a lack of knowledge of the overall asset base. Through innovative development of their own unique software i-site™, the company has brought to market the first ever turnkey model for infrastructure monitoring, maintenance and development. UTEC is the only company offering this unique turnkey service on a UK and European level.

Starnet was acquired by UTEC in 2013 - the move capitalised on a complementary fit between the two companies and provided an opportunity to enhance and increase the range of laser scanning, dimensional control and 3D asset management services available through the iSite portal to UTEC's global clients. Managing Director, Douglas Brown, continues to head the company.

Linlithgow-based Calnex Solutions has grown to become a global leader in telecom synchronisation technologies. Calnex has shipped their state-of-the-art test and measurement products to over 320 customers in 47 countries around the world. Founded in 2006, Calnex currently employs 66 staff worldwide, 55 at their site in Linlithgow.

A £2 million commitment from the Scottish Loan Fund in July 2013 helped Calnex fund a 20 month project to accelerate the development of next generation platforms for high speed interface.

This year the company received the Queen's Award for Enterprise for International Trade, recognising Calnex's international reputation for innovative products and global sales achievements. The company has also announced an agreement with China Mobile Research Institute (CMRI) to assist in the evaluation of network equipment required for China Mobile Communication Corporation's (CMCC's) next generation mobile network.